The other day we had the wonderful opportunity of recording the actor Tom Graham for a voiceover session.
Tom is most famous for his roll in the world’s longest running soap ‘The Archers’ on Radio 4.

For 17 years he played the character Tom Archer but in November 2014 quite suddenly got written out of the programme when a new editor was brought in. This was to the dismay of avid ‘Archers’ followers and the great British public were in an uproar which led to a twitter and media frenzy!

Anyway, all that aside, Tom was a lovely guy who was a true pro and delivered the goods with time to spare for a chat and a cuppa! 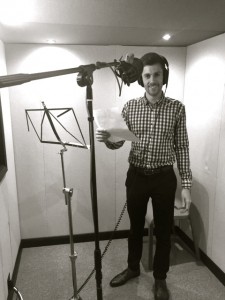